Website Design and Development by PerITus IT Solutions Ltd. 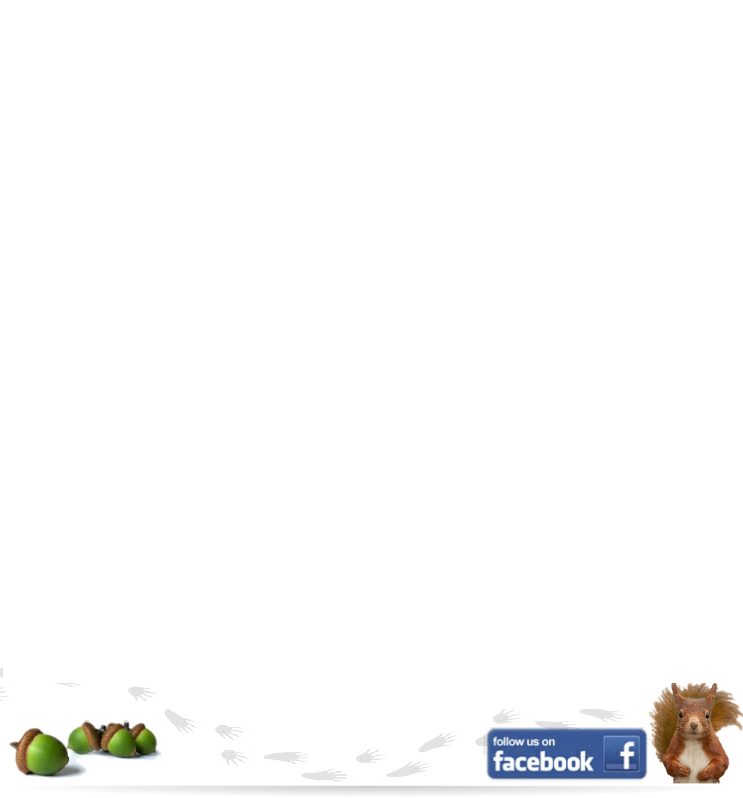 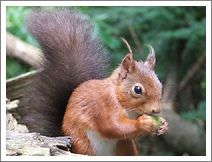 t the beginning of this new millennium, Red Squirrels find themselves struggling for their very existence to survive against all odds, especially from their dreaded North American cousins, the imported, disease ridden, Grey Squirrel, (Sciurus Carolinensis) on the English side of the Border. From Scotland, to the north, are the ‘Scots Greys’, although they ARE NOT diseased, all the same, our own British species of Red Squirrel find themselves sandwiched in a narrow corridor from Alnwick in the east to roughly Carlisle in the west, being one of the last woodland safe havens for our indigenous Red Squirrel species in mainland Great Britain. 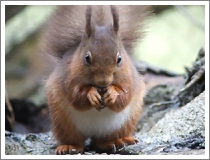 At this point, it has to be mentioned that the Grey squirrels of England are carriers of the dreaded Parapox virus which they pass on to the Red squirrels when the English Grey encroaches into Red Squirrel territory. Very sadly, it is this deadly virus which kills the Red Squirrel within eight days to ten days, once it becomes infected by way of direct contact with the saliva or urine of the deadly Grey. Not so with the Scottish Grey, who is not known to be a carrier of this dreaded and lethal virus as yet, however, it is inevitable that the Scottish Greys will eventually become carriers of this terrible virus when the English disease ridden alien English Grey crosses the Border north into Scotland. This will make the plight of our indigenous British Red Squirrel almost hopeless for, as things are at present, this invasion of the diseased grey species is inevitable. It is only a matter of time.

If we fail to take positive action now we will ultimately end up with the total demise of Rusty Redcoat’s everywhere just like the extinct Dodo. !!! 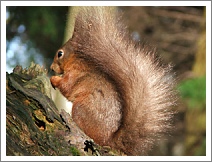 So much is going to have to be done by so many if our beloved Rusty Redcoat and all his immediate family, plus every red squirrel in Great Britain, is going to survive to guarantee the future of their species for the pleasure of future generations of red squirrel lovers. Without such kindness and consideration, our adorable red squirrel friends will surely disappear altogether and will only be seen in books or on T.V. Because,

THEY WILL CEASE TO LIVE IN OUR WOODLANDS FOREVER.

Click here to see a video clip of Ernie playing harmonica while Red Squirrels play in a tree.